Square Dog Friday... because it is in their contract

We all know what day it is so lets just woof it already !
chkikin' strips are waiting

The Commonwealth Games are happening right now in Scotland.
And thanks to  John,  I am getting a small look into the games.
Besides all the fun there is one part of the opening that everyone
and I mean everyone should watch.
.
You can only find one or two post on you tube.
And dumb old comcast will not show it even late at night.
But the opening ceremony was a hoot.
Dancing tea cakes, the Lochness Monster,
several singers (yawn) lots of dancers, several cute flubs
and of course The Queen !  She looked so lovely.

But the stars of the show were the wee gud dugs.
Watson and thehamish looked on with pride at the Parade of Athletes,
as the countries names were written on the darling coats of
SCOTTIES.
Where can I buy that coat?
. 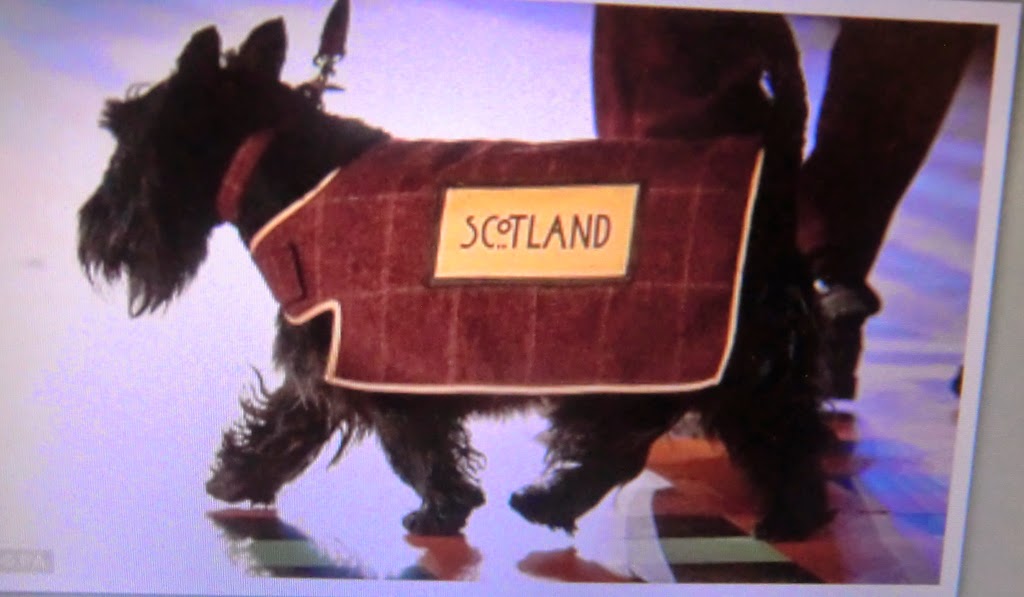 ack ! the cuteness is killing me !

I borrowed (stole) this photo from John's blog and I hope he will forgive me.
I could not find any photos other than his.
I am Scotty crazy as you already know.
The photo is from John's blog "Going Gently"
Do check the link above it only takes a second to read the post but
Watson, thehamish and I spent longer gazing happily at the Scotty.
.....................

They walked on their tiny legs going a mile a minute.
Such gud dugs !

But the best part was the SCOTTY wearing Scotland's name was named
HAMISH !
thehamish is so proud and also wondering why he was not there !
he told me...
youare always'callin me the weegud dug thehamish
wee gud dug
why was i thehamish not invited
oh woe oh woe is me thehamish
woe.

update... my blog will continue with "what it is like to live in a border state" on Monday.
These posts will be stories of what happened to my mother and two very good friends because of the mass influx of illegals.
Health care, economics and education will be featured.
then I will shut=up because it really doesn't matter.
I am out voted
and so are you but you really don't know it yet.

Posted by angryparsnip at 10:16 AM