What happened this weekend ?
Lots of lovely fireworks and RAIN !
.
Many have been saying the monsoons have started.
But for me it really doesn't officially start till some 20/30 year old "boy" decides to drive his truck into the flooded railway underpass at Stone Avenue, in the City of Tucson.
Then the fire department has to come out and rescue them.
There are signs all over saying do not enter when flooded. A measure painted on the wall.
But every year someone will assume the rules are not for them
and get stuck in the flooded underpass.
When the summer rains come down so fast in micro burst the water rushes down the streets into the washes then down to the rivers.
We had two swift water rescues this weekend and only have had two days of rain.
yert !
............ 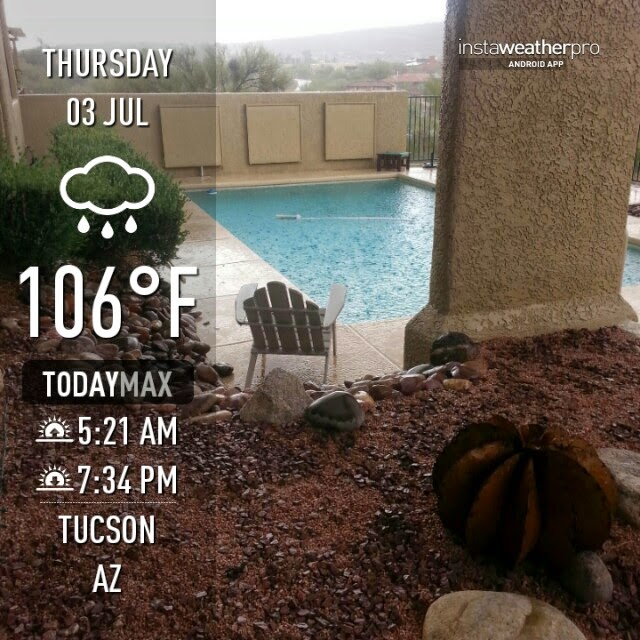 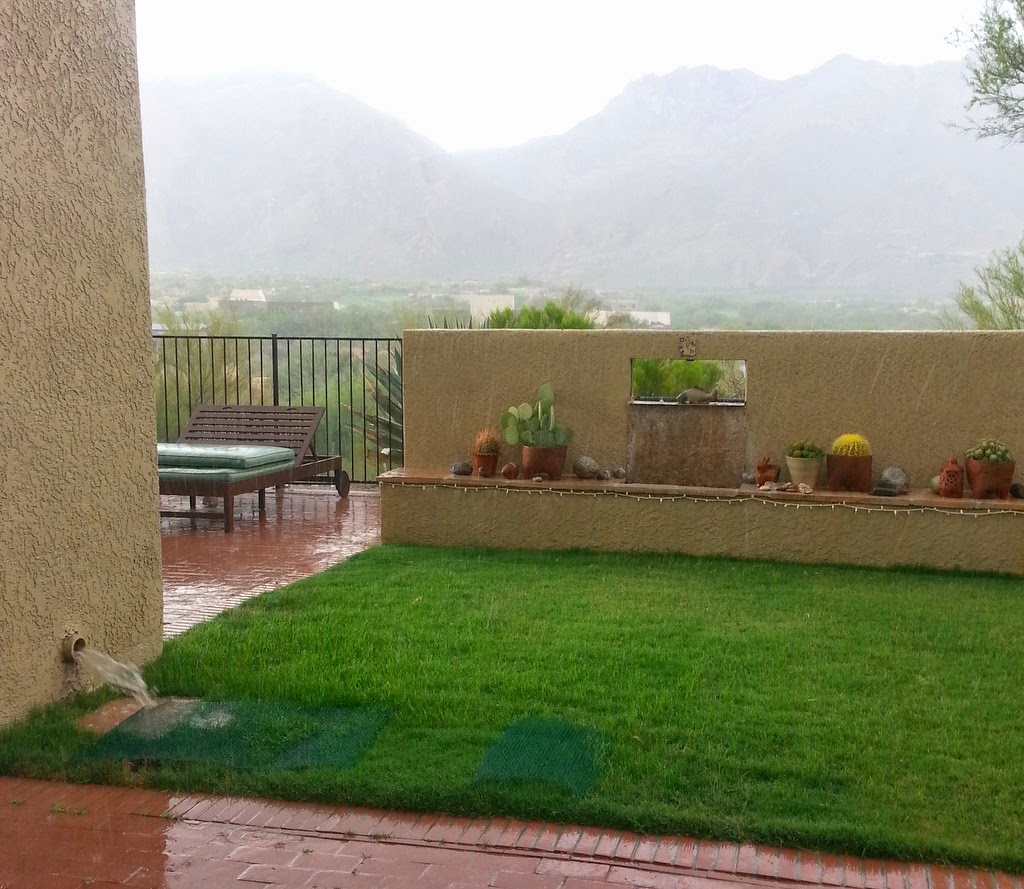 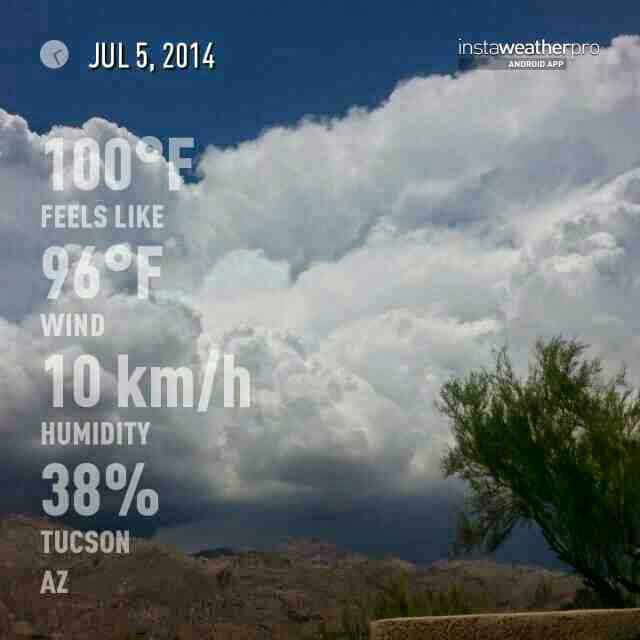 Saturday, second day of rain.
The rain poured down.
It was a fast moving storm with hail.
It lasted 30 minutes at my home as it moved west.
The temperature went from 95 to 77.
. 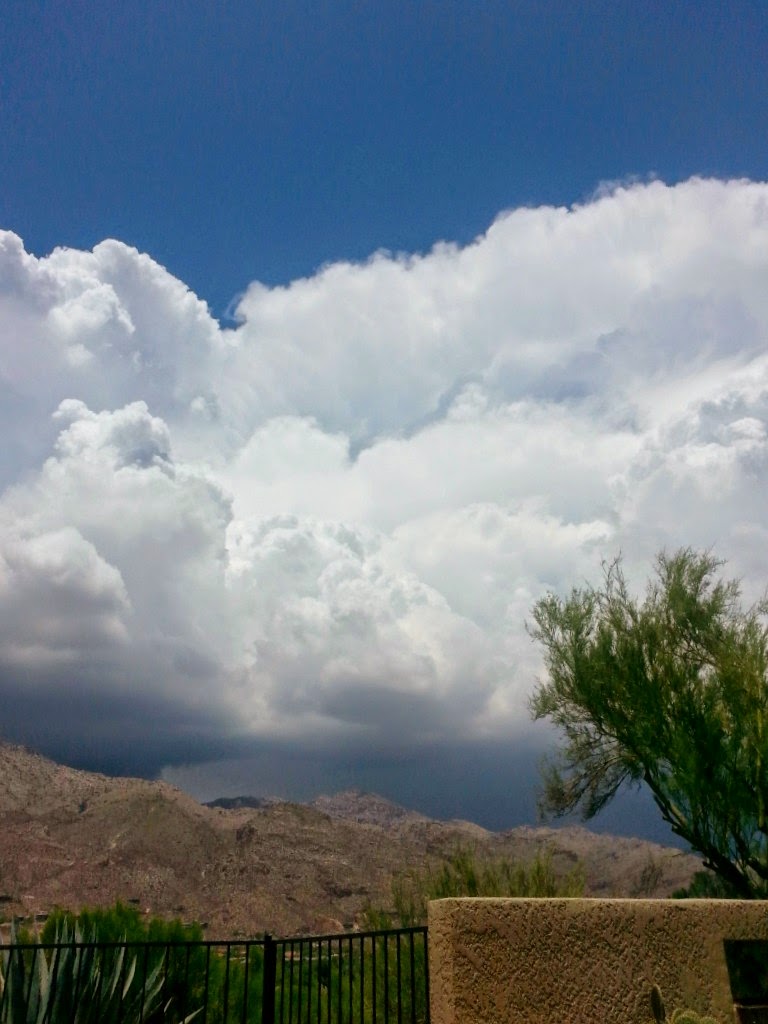 In the middle of the photo you can see the rain coming down on the right and left.
Before roaring by my home.
.
. 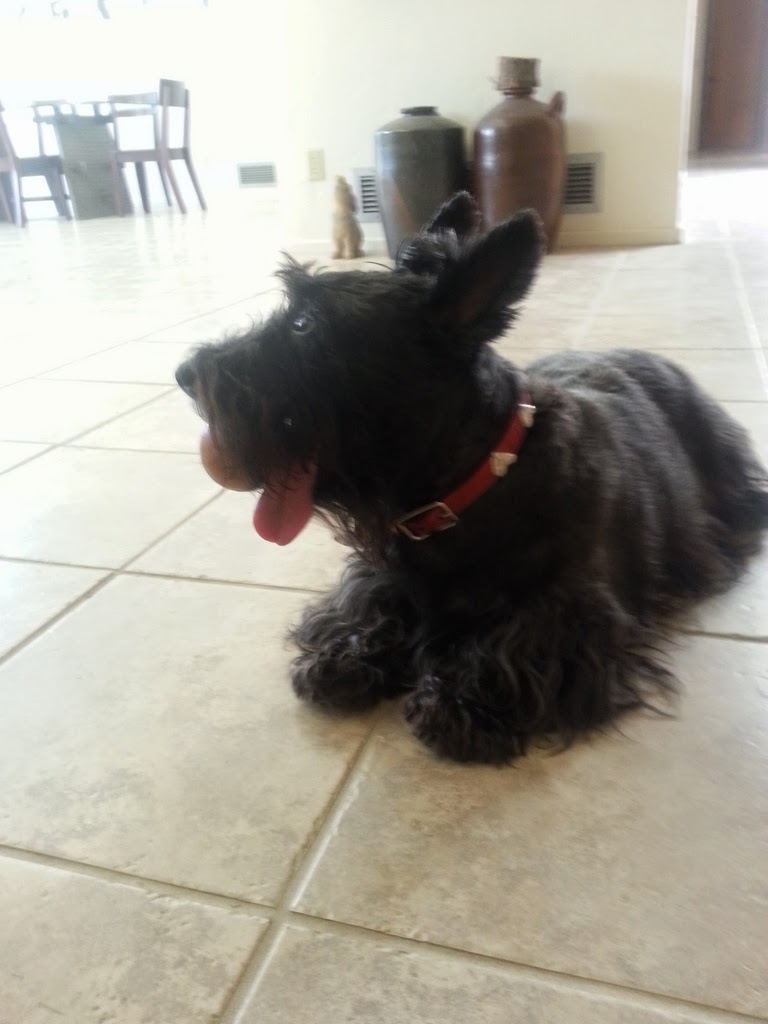 Not a very clear photo of thehamish after a game a fetch.
I had to take it quick.
He is holding a ball and his tongue is hanging out the side of his mouth
at at the same time.
I lurve this dog.
. 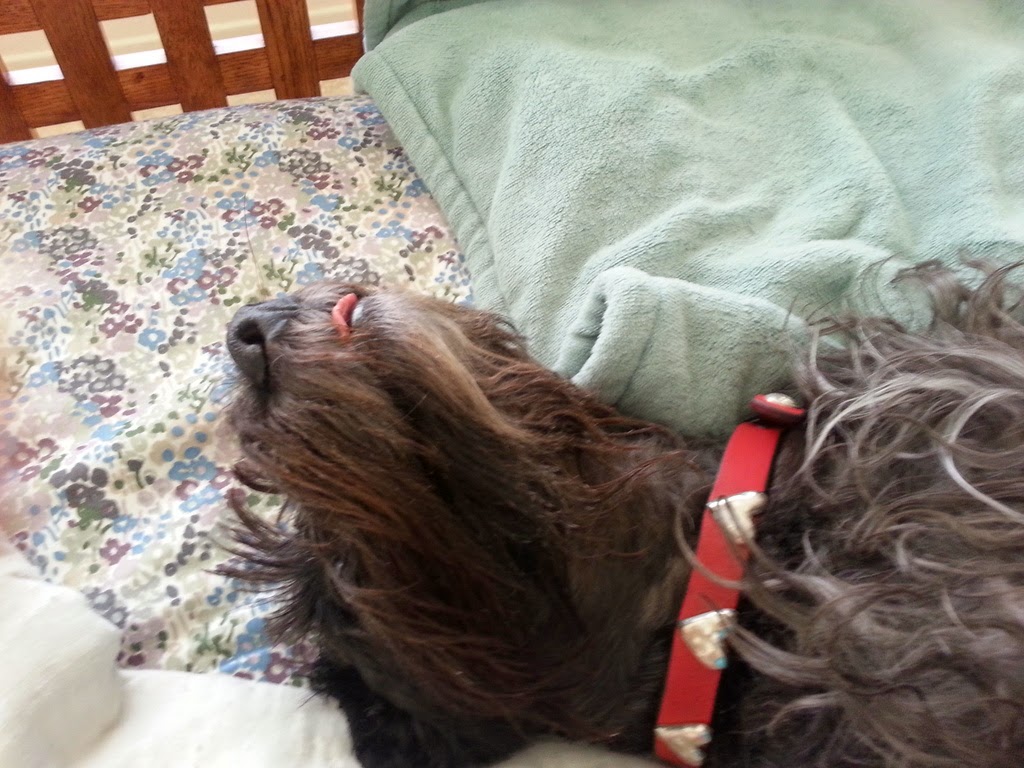 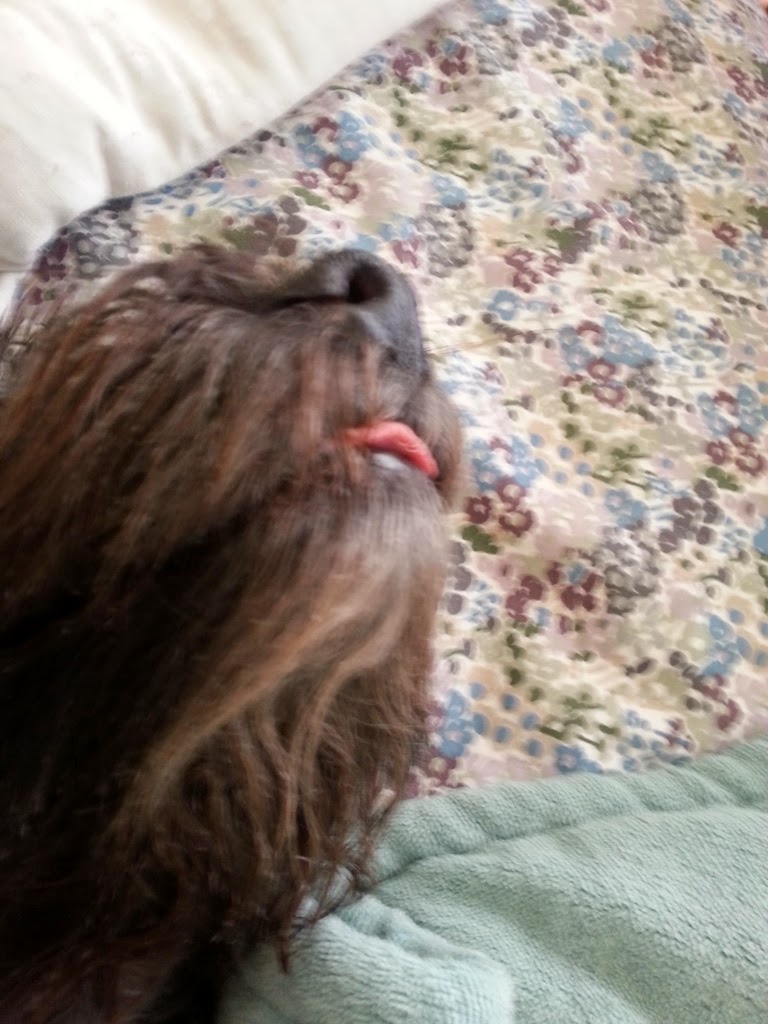 with the tip of of little pink tongue sticking out.
Cheeky little devil.
. 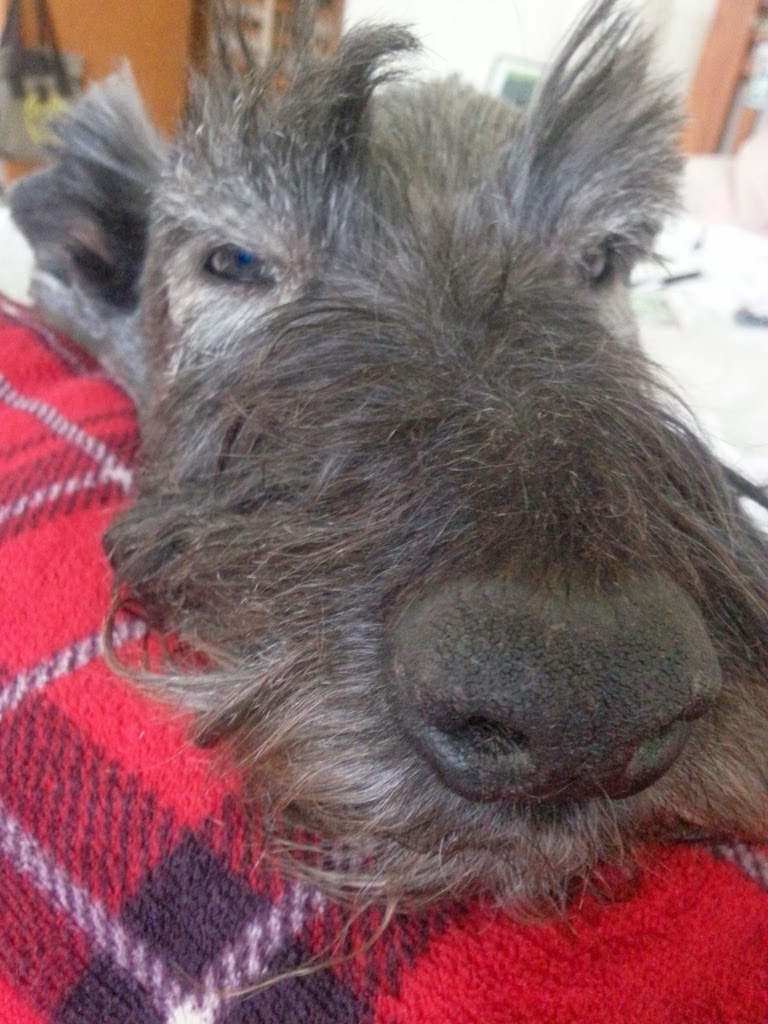 And just because I can, here is your pretty (hahahahaha)
to start the week. 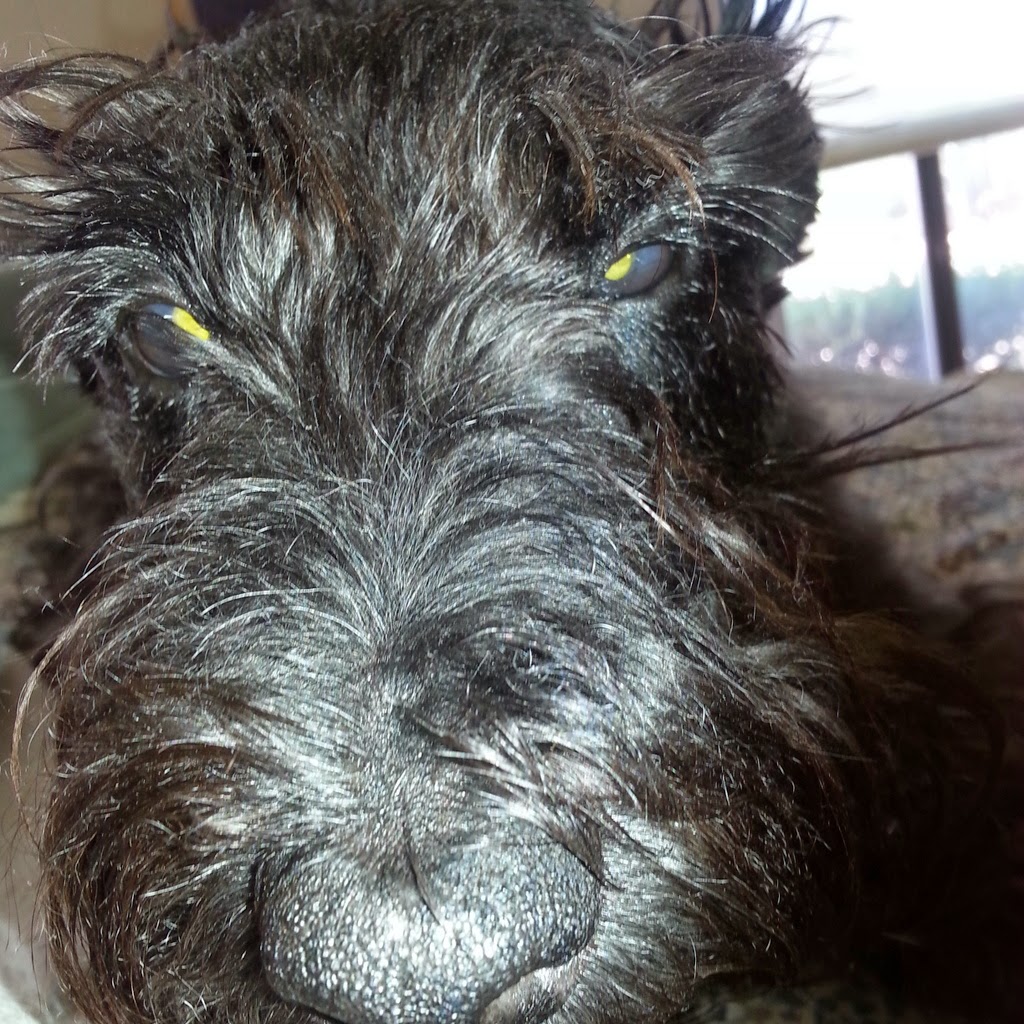 i thehamish is not likin' the new eye drops not at all
oh woe oh woe is me
woe is me
woe
.