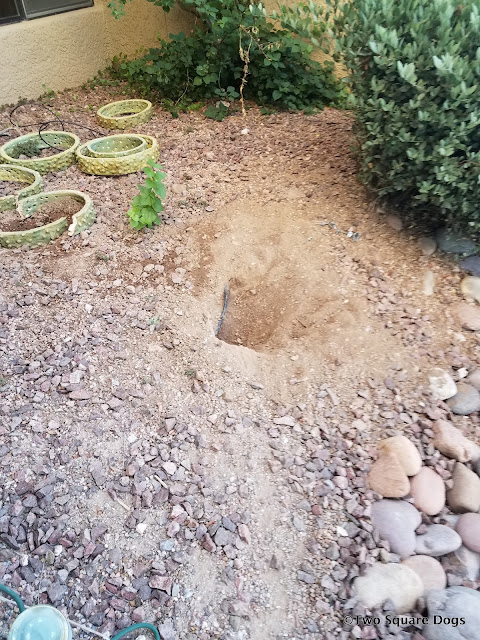 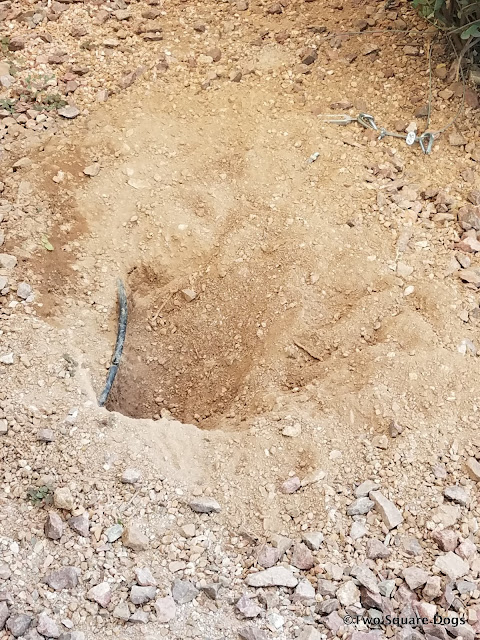 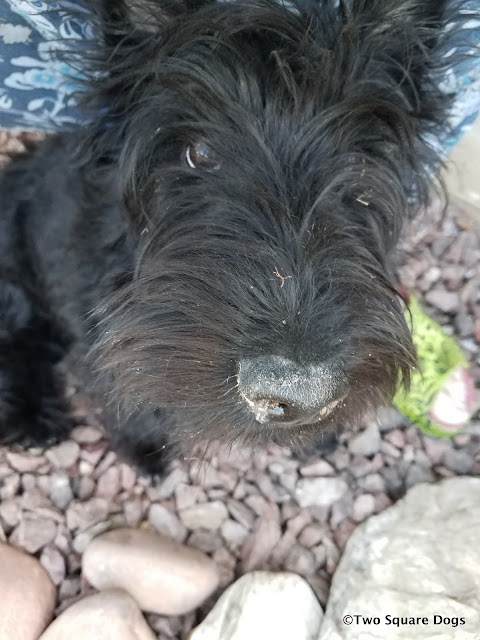 I signed up for Bark Box for thehamish and we had fun opening the box together.
Such gud sniffs !
Because of all his health problem he could not eat all the treats.
I only let him have the chicken ones with no grains.
They are great treats, made in the USA. No chicken from China.
Tested by other gud dug.
The toys are the best and he had fun for a short time.
Then he became too ill to play with them but we saved them for iwinston.
Now iwinston is enjoying the boxes but I only let him have some of the treats.
The box is still addressed to thehamish.
Bark Box wrote his name just the way like he liked.
Just a great company.

Here is the Halloween Bark Box. 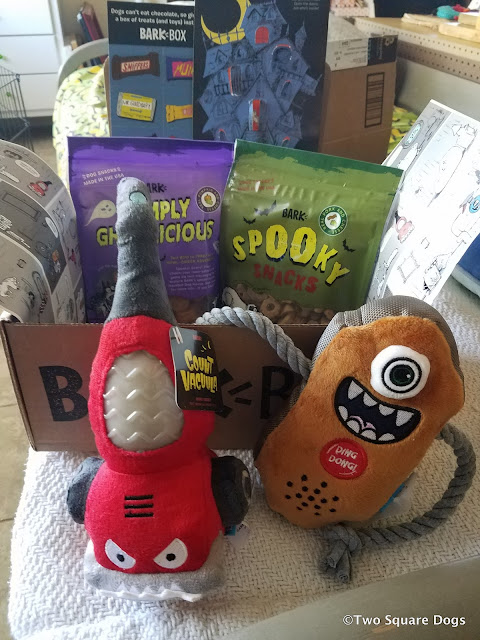 They are so very clever and everything is done fabulous. 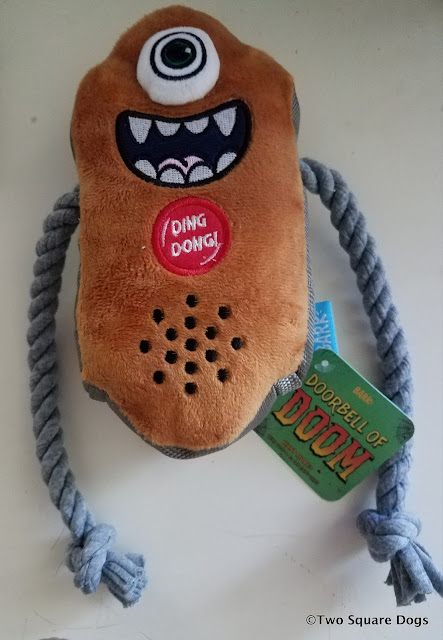 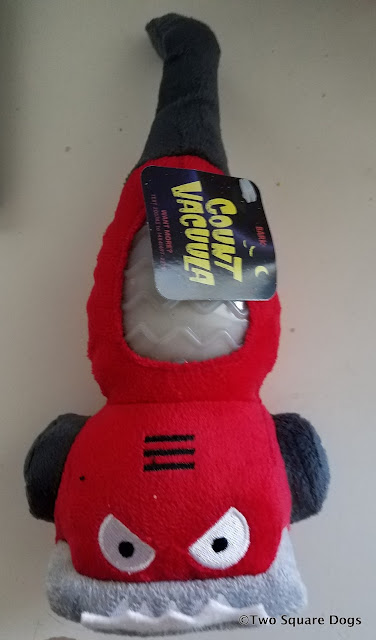 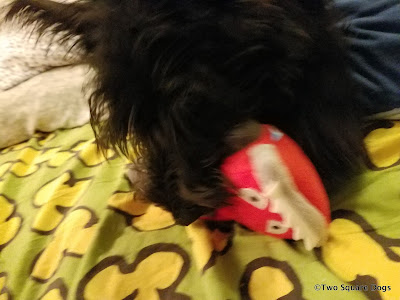 ATTACK !
...
Very late photos of when iwinston was at the Puppy Bootcamp. 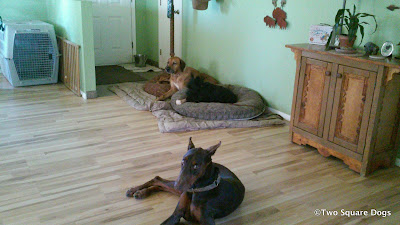 He kinda took over. The drill instuctor's two dogs liked him.
They thought him crazy.
Can you see who is sitting on the Dobermans pillow
and eating her chew toy ? 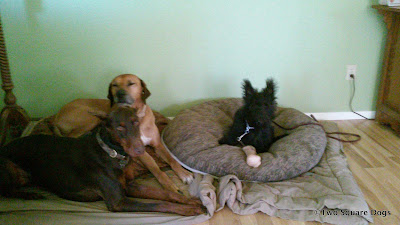 Love the expression on the Rhodesian Ridgebacks.
Such boo boo face I love him !

Awwwwww terriers and Scotties in particular. Little gud dug with a
big dog mentality and a cat vibe.
Just great dogs who are very zen with a smile.

Here is your pretty for the begining of the week. 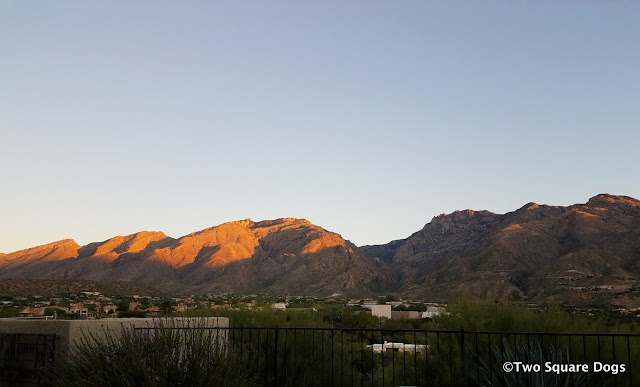 Sunrise, it was 57 when I got up at 6:30.  A cool wonderful 57, after the heat of summer.
I just sat outside while iwinston sniffed and ran like the wind.
I always tell the gud dugs to run, run like the wind and enjoy the morning sniffs !

But ... there is a HIGH pushing the cool weather north so this afternoon will be 97.
Enough with the summer ! 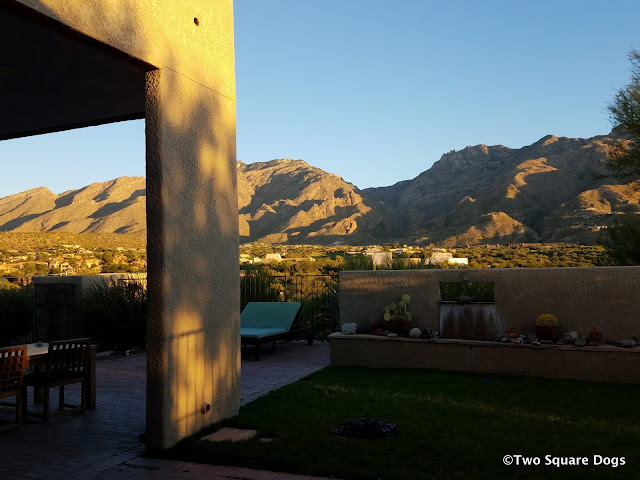 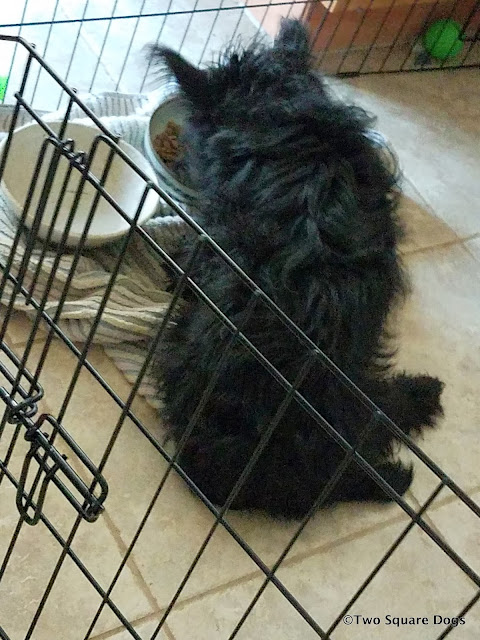 Japan had a huge Typhoon hit yesterday.
Son said it was the worst winds he could remember. 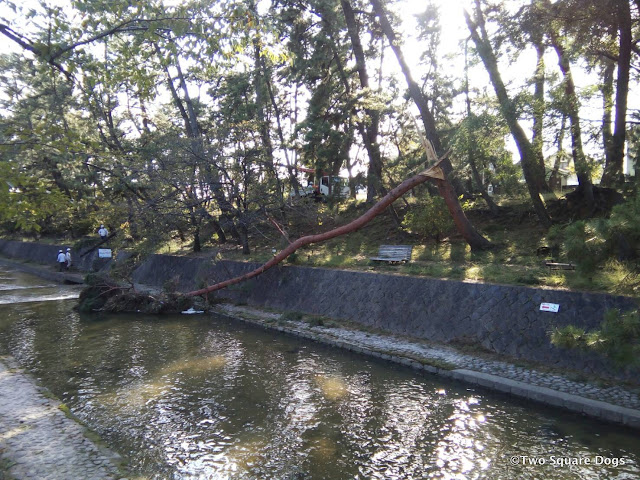 A  friend sent this photo of the aftermath. David loved this tree. He had to duck under it when walking with Mia in the backpack.  He has so many lovely memories here.
I hope they can save many of the trees.
This is a wonderful place to walk and the little ones to play.
.
Everyone have a good start to the week !

Posted by angryparsnip at 8:10 AM