parley view parsnip. . . so wonderful, heartbreaking, dumb and I am sad.

I was watching a very interisting interview with Malala Yousufzai.
The young girl who has been targeted for death by the Taliban for wanting to go to school.
I have a lot to say about the Taliban, old men in robes who think they are god, a religion, a country and people who smashes any life for women, stupid personified.
Part of the interview, they were taking about her Mother who never travels with her.
The reason was she didn't was she doesn't speak English and didn't want to be a problem.
So what did Malala's Mother do, sorry I missed her name. She studied English and during this interview got up and spoke in English.
How wonderful !
.
My Granddaughter came for a visit, she is 4 years old.
Her Mum is Japanese and her Dad is American.
She has finished her first pre-school class, which is much shorter than American school.
She greeted me at the airport speaking only in English.
Last year she spoke in English and Japanese to me.
When she skypes to me it is in English.
I am the one who keeps asking her what everything in Japanese.
Do you know how she has done this ?
Her parents spend time with her and talking to her
in Japanese or English.
Mia watches programs in both Japanese and English.
From Dr. Mc Stuffins, Sophie The First, George and she is crazy about Elmo !
She also watches Frozen and other Disney movies in English and can sing  "Let it Go'  song from Frozen in English.
Yes, she watches Japanese programs in Japanese. She speaks to her Oban-chan in Japanese. Her Cousins Mum wants my son to speak only English to her children.
Mia's workbooks are in English. She write her name in English.

A rant !
Unlike the many Hispanic parents and children who flood over our borders with their mantra of "I want a better life for my children, I want them to go to school".
Which I assume from what I see here in Tucson, means only in Spanish.
I have wrote about this before from what my teacher friends, who saw most of their Hispanic students learn very little English because of hearing only Spanish
all the time at home with no help from their parents. Plus dropping out of school at 15.  We pay over 2,000.00 PLUS per child in the Arizona school district every year plus all the other extras, for ESL students.
And Hispanic groups and a certain Congressmen who tell them it is just fine to speak  Spanish only. What is wrong with this picture.
Watch any protest lately, they are in Spanish, with Mexican flags. Even the protest at
Mc Donalds about wage increases, so many of the signs were in Spanish.
Try people try !
You are living in America.
If my Polish Grandparents can learn English you can too.
I can't wait for the elections to be over.
End of rant
.
I am learning  Japanese.
But I have to admit my Japanese gets better when I live in Japan because I  hear it everyday and even try to speak it.
I have never had a problem with mispronouncing because I do it all the time.
I mangle so many words so many words so many many words.
Because I laugh and smile
people usually give me credit for trying !
And then we try to figure out what I am saying.
But I don't live full time or work in Japan, I visit.
A big difference.
I try.
.
Here is your pretty for the start of the week.
Schoolwork from Mia.
. 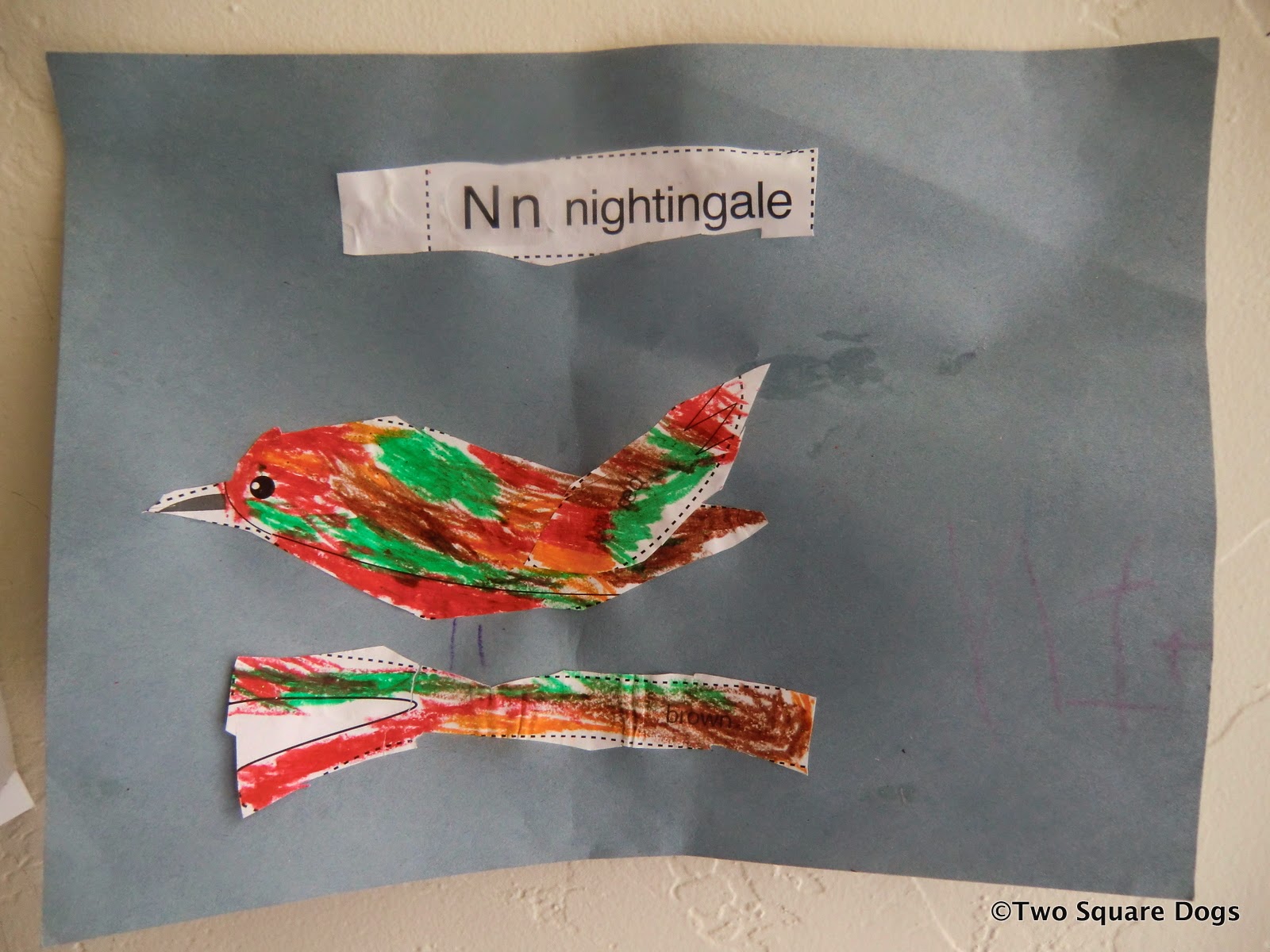 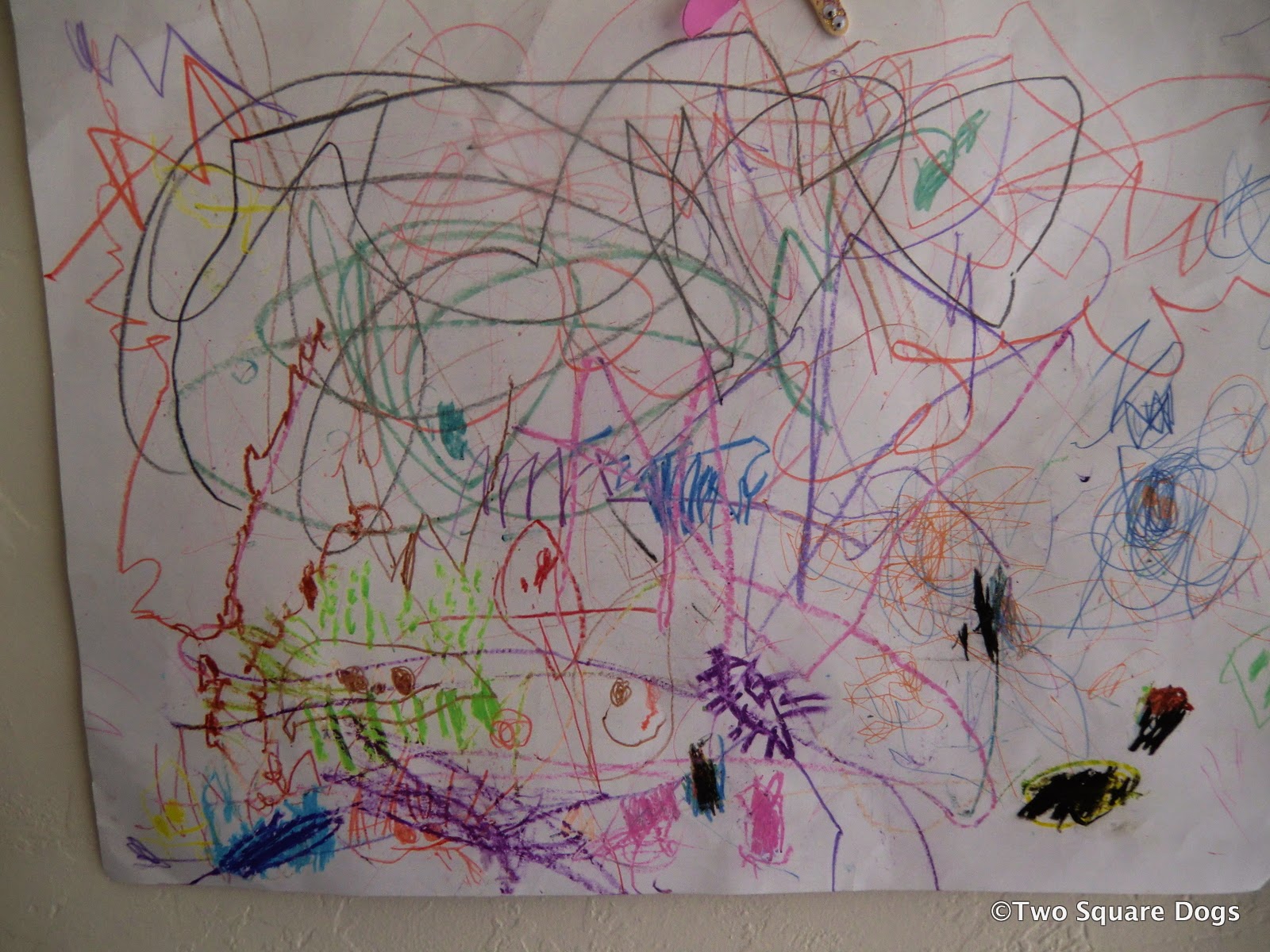 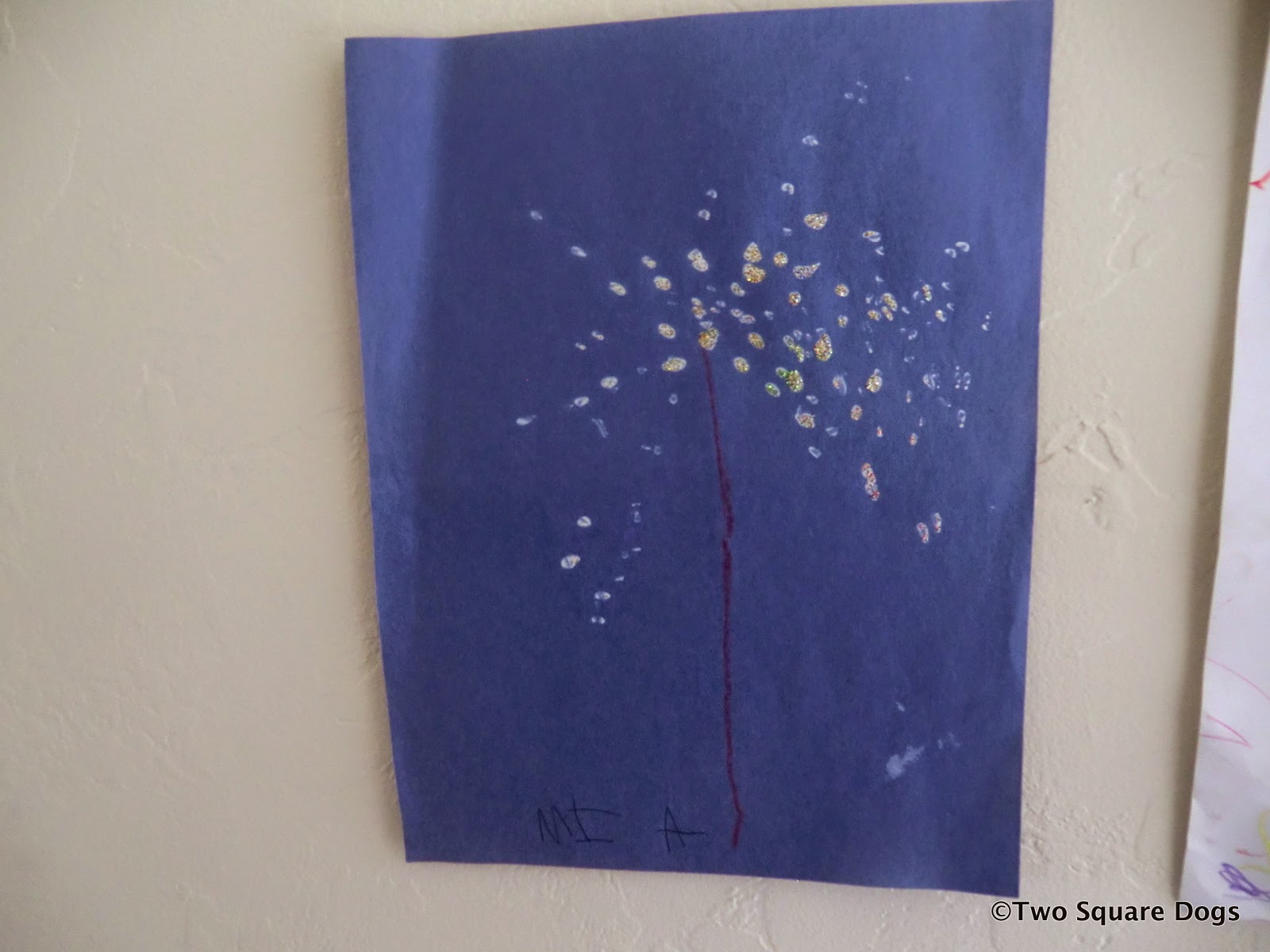 Fireworks. I love this one so much.
Mia's signature in English is lower left but hard to see.
.
obaa-chan. . . parsnip
music. . . Walk Like A Egyptian,  The Bangles

Posted by angryparsnip at 4:03 PM