Square Dog Friday. . . Square Dogs look on as The Armchair Squid takes over !

I have joined Armchair Squid on a blogfest called Then and Now.
Write about a movie you loved when you were younger and have come to see differently over time. . . for better or worse.
.
Can any of you who know me guess what movie I picked ?
. 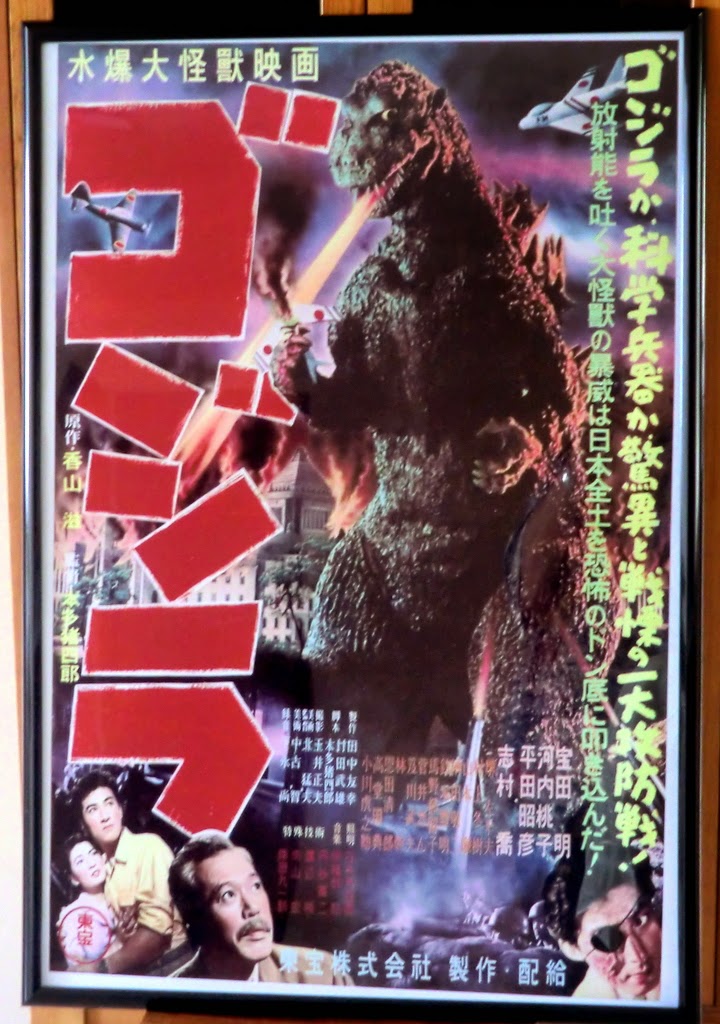 As a child of the 50's I grew up with the atomic and hydrogen bombs, bomb and their destruction. Growing up in Tucson, I can remember seeing safety movies in school and we had to learn to cover our heads and get under our school desks.  Not that I really understood any of this it was all very vague. But I knew the bomb was bad.
.
The first Gojira movie I saw was,
Godzilla, King of the Monsters.
It is the US version  of the original Japanese movie Gojira.
Cut and pasted re-edited a different narrative and structure. With American actors and voice overs. Most of the anti-nuclear theme is gone or glossed over.
It is a monsters movie pure and simple.
The reason Godzilla awakes is nuclear testing in the ocean outside of Tokyo.
I remember asking my mother about this and we had a very interesting talk about the war, bomb, destruction and maybe this is the way they/we can understand what happens with a nuclear weapon.   I was young and I think she handled this great for my age.
.
Then I saw the original Japanese version.
What a difference, Gojira is an anti-nuclear story the whole embodiment of what happens because of the atomic/hydrogen bombs.
A tale of caution.
.
In the endings we have the heart of the movies.
Godzilla, The King of the Monsters,  is a monster who dies and his death ends up a memorial to Dr. Seizawa (had to look this name up) and his sacrifice to save Japan.
.
The emotional dramatic sacrifice at the end of Gojira is complete cut from the US version.
In the Japanese version Dr. Yamane's (had to look up the name) comments on the fact if we don't stop nuclear weapons  more wars, destruction, deaths
another Gojira could arise.
The intent could not be so different.
.
Godzilla, King Of the Monsters is a really good monster movie.
Were as Gojira is a cautionary tale with a very human, dark and intelligent Gojira.
I have remembered this all my life and I think my feelings about war, hate, destruction
and what is left after wars has been formed by this movie and my Mum.

I think this message is relevant  today as it was 50 years ago.
.
For me, this movie holds up today. Not only because of the anti-nuclear weapon tale but because of all the small thing that happens in the movie.  Unlike all the very bad/fun movies that followed with bad Godzilla suits, wires and cityscape of later movies. This Gojira suit is well done. The camera use and angles and very good special effects (1954) show all the menace of Gojira. The musical score is very good and was later used in the many of the later Godzilla movies.
Several things that impacted me when I was older is the Gojira does not shoot out a fiery death ray but a radioactive mist that set people and places on fire much like what it might have happened after the bomb was dropped.
He is walking living Atomic Bomb.
Several people react to Gojira by saying,
I lived through the war and now here this is all over again.
Words and vision to live by.
.
As this is The Square Dog Friday
The Boys wanted me to tell you that the movie I should have talked about was
"The Lady and the Tramp"
We have talked often about this movie and how I though Lady was just OK, Tramp was interesting, Trusty was fun but JOCK was FABULOUS.
Because that is when I fell in love with Scotties.
The Square Ones LOVE this story !
And request it often.
They are very much like  Jock and even better.
.
Watson. . . this movie is Scotty love.
Just bring the chicken strips, and enjoy.
thehamish ... movie gud thehamish gud chkikin' gud.
yert !
..........................
And with that said
The Square Ones must never be left out especially on their day
I give you not the Famous Two Headed Scotty of Tucson but,
SCOTTYZILLA !
. 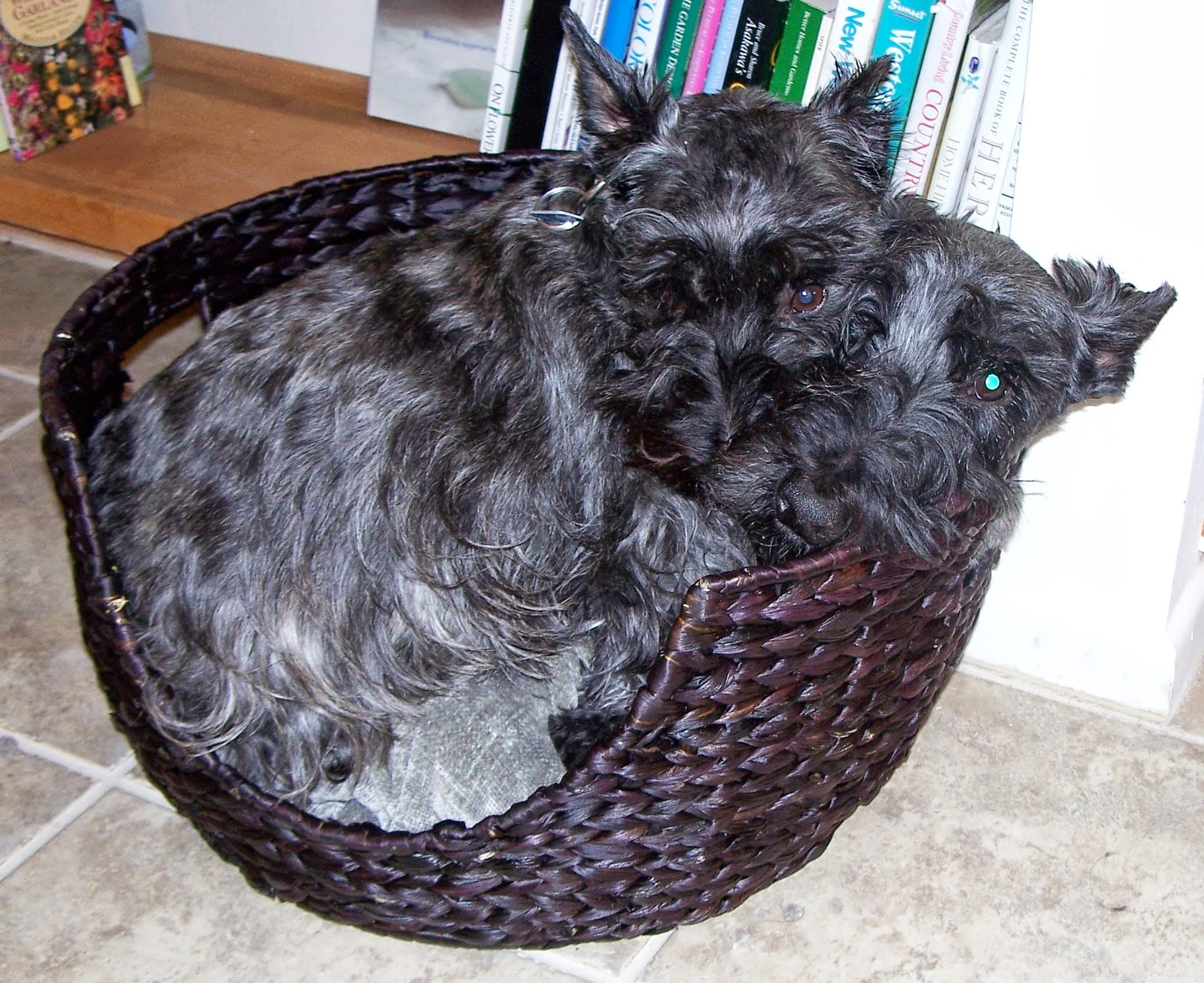 update....
Yes, we did meet in arbitration over this.
We have the judge on speed dial !
They now have next Monday post and several (homemade) chicken strips
added for the next few days to make up for them giving up their day.
wahahahahahahahaha.
I am in so much trouble. I never win in arbitration.
Never !

Posted by angryparsnip at 6:00 AM