Square Dog Friday... and so it goes

The week goes by so fast.
But not fast enough for Two Little Black Square Dogs !

You know the drill so lets woof it ! 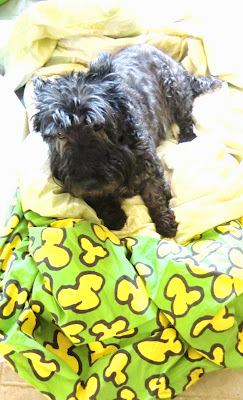 Before Japanese family left they stripped the beds and started the laundry.
But Dr. Watson loves to nest and sleep on anything on the floor especially the fluffy bedding. He always finds the best and softest places to nap.
There are 10 yes count them 10 fluffy pillows/ crates for their napping pleasure.
So what a Mum to do ? left the duvet covers on the floor for him. It is not like he doesn't jump up on the beds anyways.
. 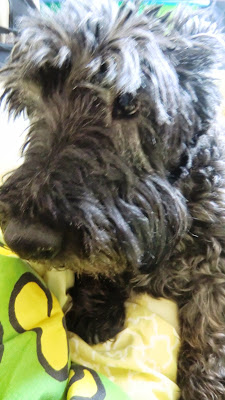 Gud Dug Dr. Watson  gets to sleep where ever he wants.
. 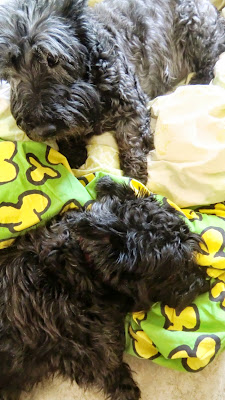 ummmmmmmm what bout' me im' gud dug thehamish
what about me
im' likin the soft stuff too
oh woe oh woe is me
woe
. 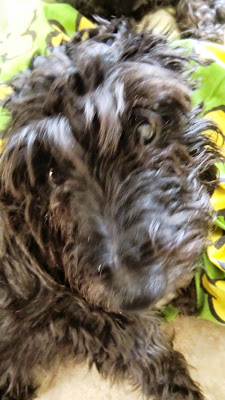 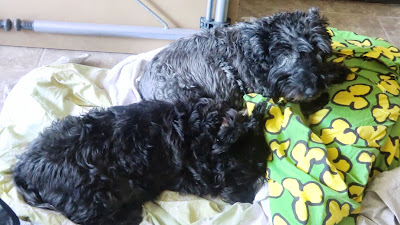 Dr. Watson slept most of the day on the duvet and thehamish cuddled in and spent
most of the day sleeping with him.
Not a good sign for thehamish so off to the vets.
Not a very good visit. The 6 million dollar dog is in trouble again.  He has to have more test next week but we think the Cushing's Syndrome has become a reality.
Hamish was tested for this three years ago and it was iffy then but I hoped for the best. After some tests next week we will have a better idea.
Not good at all.
I joke about him being made up of left over puppy parts but it really true.
He has had so many health problems and opperations but on a good note
he has fabulous teeth !

Here is your pretty (funny) for the weekend. 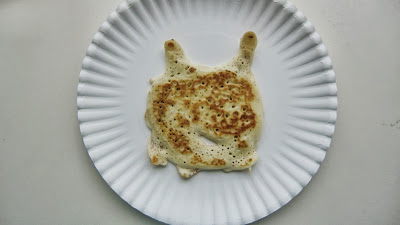 I made pancakes and had a little batter left over so I tried to make a Scottie pancake
that came out looking more like a kitty ? ? ?
But Dr. Watson who LOVES pancakes ate it and looked around for more.
. 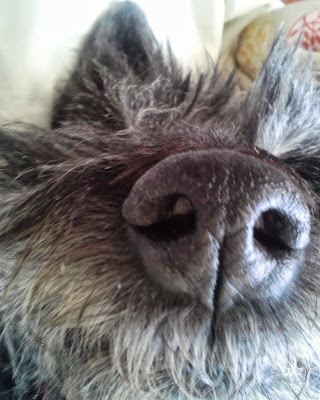 Posted by angryparsnip at 7:00 AM